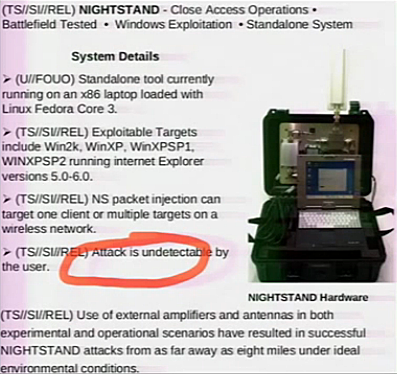 Hacker tools who are they for ? Obviously those of a notorious nature use them and those of security teams use them each one for different reasons . But there are others that need to know the lingo and terms and by others I mean you and yes I said ( YOU ) the reader . Owe what you say your to busy running your fortune five hundred company or making your trillions and you hire the best of teams to do this !! Maybe this is true and for that matter mommy and Daddy never showed you how to hit a command prompt but that is OK .

Understanding the lingo and some functionality of hacker tools gives you an advantage of protection as well as opening a dialog between you and your security team .
This also gives you the opportunity to formulate plans of action in the midst of a breach so all is not lost . ( Handshakes , USB interpretation , Bot communication , Long distance fan eavesdropping , Hardware communication )
All pliable in the realm of hacking but the important thing is not to be left in the dark or locked out just because you have not taken the time to learn some of the basic information . There is a silent war still being waged between Hardware and Software and in the midst of this war the children ( Off springs of the two ) are buckled in the back the Mobile world .

Tools for the Hacker in YOU But we can not stop there keeping your ear to the ground and understanding new terms as they come out is very important . That is right hackers news straight out of the archives of lastesthackingnews I give you TOP TEN WIFI HACKING TOOLS USED BY HACKERS . Remember the latest Bot attack well just what do think all those Bots were chattering about ( knock knock let me in ) Did they want to speak to hardware or software within there protocol or to just drop off a payload ?
That is right you can talk to hardware a good example of this although I will leave it up to you look this up Samsung Galaxy seven update sent to the battery . Supposedly although Samsung had recalled all of the fire pron items not everyone returned them so they rolled out an update that told the battery ( hey do not charge ) . Software at the moment is the one in charge and simulation USB drives are made acting as if you plugged one in and plenty of room to talk to hardware for manipulation purposes . Remember the fraudulent USB drives that came out of china and the jump we have made to terabyte and above status obviously there should be no extra room for talking unless ( It has other protocol such as retrieving and sending data or other manipulative software properties ) . This is ware the silent war between software and hardware rears there head .

New tools in the Making

Hardware listens to software .
Test your networks just do not read reports .

Many think there is good reason why software rules the command line of instruction but hardware has not been forgotten as in an article I wrote HARDWARE OPEN THE DOOR . That is right open source hardware but it dose not stop there just as the hardware flag seemed to be tilting a gentlemen from a University of New York was there to prop it up . The plan apparently to have hardware to look over the shoulder of software for abnormal behavior then sending a message to alert security software .
Straight out of the archives of Sciencedaily I give you HARDWARE TO FIGHT COMPUTER VIRUSES . Of course this is no total retake of control although it dose show whom the big brother is .
Owe and remember the kids that were buckled in the back seat listening and taking notes ? They have a part in this silent war of control as I myself are a user of many devices I am reminded of the presence by notifications to continue use on particular platforms . It sure is a pickled world of hardware to software to mobile we live in but none to be the total winner but to need each as all are one family .
But we can not forget about the baby of the group quantum computing whom are making claims of being un-hackable because of there teleportation moment . While this may be true at the moment mainly because of the infancy of quantum computing as bridges are built for lower end of communication only time will tell . Straight out of the archives of siencedaily I give you the TELEPORTATION MOMENT .

Update tools of the bot Master

The bottom line be ready do your homework now do not wait until it is to late it is time to hunker down and be on top . If your in charge of electric plants hospitals or a million dollar corporation learn the lingo of the hacker and be informed make your plans ahead of time with your security teams now .
Avoid the spam avoid the jam do not wait till the unknown bot comes a knocking test test and then test more . Have a nice day riding the wave of TOOLS OF HACKERS HARDWARE SOFTWARE WARS I am out .