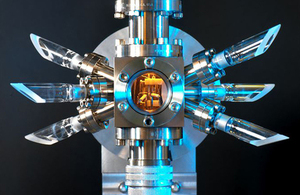 For some the title of this article maybe a mere oxymoron statement but for others they maybe thinking I keep hearing this term algorithm . Well there are a few good reasons why you keep hearing the term and why the term will keep appearing as long as you continue to utilize technology . So what parts of technology am I speaking of ?

Everything that runs Technology needs an algorithm

Well my readers I am talking about all and any , that is right from cars to cell phones from the common computer to any program use and even the Quantum computers . At one point and time the mere term algorithm was kept in some silent corner no one but the supposed best of the best to deal with this specific animal . This in the race to be leaders in the field some suggest it the reason children are pushed to learn the mathematics at earlier stages ( if this is true or if there is any connection I am not sure ) . So what is the purpose of an algorithm ? Every algorithm has a specific purpose depending upon the programs it is dealing with . But some main functions of any given algorithm are ( accuracy ) and ( reliability ) as well as ( speed ) From my understanding there is not a one algorithm fits all situation as you may see as we go further into this article .

Not one algorithm fits all technology .

According to wikipedia algorithms were discovered by archaeologists and scientists to have been used centuries ago by mathematicians that were way ahead of there time . Before I share this next article I feel it is worth mentioning you just might want to pull that ( nerd hat ) if you will dust it off and put it on whether you wanna scroll till you see something that meets your eye or your on a refresher course or like me whom reads it all there is something for everyone here . Straight out of the archives of wikipedia I give you the history of the ALGORITHM . So whom is using the algorithm if you have not caught on yet you are and yes I said ( YOU ) the reader but whom is using it in the development of technology ? Well my readers all the big hitters IBM , GOOGLE and APPLE as well as providers , media groups the list is endless even what ever company that would be considered a little hitter . In the midst of all this we can not forget the quantum computer in this next article they have proven the creation and use of creating stable quantum bits by using none other than an algorithm . Straight out of the archives of sciencedaily I give CREATING STABLE QUANTUM BITS . Quantum technology is a big field .

So has there been advancement in the Quantum arena well yes and no but that is not necessarily a bad thing nor dose it mean all work has stopped . As of right now this could change at any moment but everyone is still singing the same basic tune making videos stating the same thing but keep in mind there are marketing values here . This first advancement I am going to share is the same article as creating stable quantum bits the reason for this is it shows advancement as well as the use of the algorithm . They have discovered how to utilize chemicals in order to create a fashionable quantum gateway . Straight out of the archives of sciencedaily I give you COMPLEX MOLECULES . Microsoft is no foolish company and has decided to step there game up and enter the quantum arena whether for financial gains or otherwise . Straight out of the archives of extremetech I give you MICROSOFT WORKING QUANTUM COMPUTER . So as Microsoft tries to play sort of catch-up Google has been hard at work developing quantum encryption software that will work in the chrome browser and is being tested . Straight out of the archives of extremetech I give you POST QUANTUM ENCRYPTION . Mean while back in the IBM camp there not siting still either way way up in there cloud they are offering free quantum use to the supposed appropriate people ( could you be one ? ) . Straight out of the archives of extremetech I give you QUANTUM COMPUTER AVAILABLE FOR FREE . Mean while among-st this quantum entanglement that we can not see for if we look it disappears or goes into a state of normalcy . Whom is there to speak of them none other than the people working on the quantum factor please enjoy the next video .

There is no doubt in my mind that our children will be the leaders in both our technological algorithmic quantum heading world . Even if it appears the world of quantum is just spinning there wheels and everyone keeps saying the same thing for awhile for what ever marketing value that is part of how dreams are kept alive . In relation to the quantum field in general it is very big should we have sub directories or something indicating which field it is in so we know how excited to get during a breakthrough ? Maybe I myself am thinking to far ahead past the paradigm of the quantum entanglement of excitement for it all excites me but for some they are stuck in a jar ( niche ) speed for this that and gaming . I hope you have a nice day riding the wave of TECHNOLOGY ALGORITHM TO QUANTUM COMPUTING I am out .