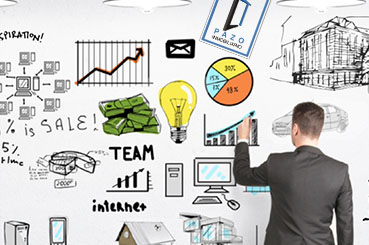 The stage is set for Marketing

Understanding a good strategy in marketing is a must no matter what stage your setting .

Some of these strategies are seclusive to the United States while others run across the globe from Vietnam to India . Some hold the pure essence of humanity in there balance sure enough to change either the core of humanity or how we look at and treat disease as well as injuries . Marketing is quit the dance from reminiscent to sometimes down right hypnotic but there are some advantage cards one of them being patents .

Setting the stage for a marketing Dance It dose not matter if the focus is set on Wall street
the stage for the final dance always ends up there with the big players .

Setting up for a marketing dance ( campaign ) can be quit a chore but holding the proper cards as like a porker game can sometimes mean all the difference . One of the great cards is called a patent to a given product or procedure . We often here the term and think owe ya patent and go about our way but do we really understand the power of the term ? For those who do not and for those whom think they do straight out of the archives of wikipedia I give you what is a PATENT . Sure enough being in the marketing business you can implement this or that and do all kinds of SEO work but paying attention to the big hitters can sort of level the playing field . Having a patent gives much leverage as to what is first said and how it is represented so as to bring good PR and try to muffle any one of a competitive nature . Do not get me wrong patents hold a great prestigious place within our society as a whole and give many protections to new inventors but sometimes companies grapple this for the marketing advantage .

Whom has set the stage for there marketing Dance If we do not put protections in place for the worker before Bill Gates plays his Idea out on the big stage we could be in trouble .

None other than Bill Gates himself and right off the bat some are thinking I am tired of hearing about this guy and knowing this I will not give him an introduction . But none the less he is a big hitter with the riches and fame he has acquired and it is no doubt that these acquired fundamentals came from the computer and robotic fields . The mere essence of these qualities would point in the direction of further investments therefore leaning him to market in this arena . China has made leaps and bounds to move there robotics field into almost every aspect of there lives from the hotel industry to the food industry .
But America and other countries have been slow to adopt such behaviors do to the economic job lose effect . There is no doubt in my mind that Bill Gates move to market such robots into our society was and is for his profit as well as big corporations . We must ask our selves who and in what work areas will be replaced well the list is long and most are thinking owe just factory but this has already happened . Here is a short list ( Doctors , nurses , lawyers , waiters , policeman , teachers ) the list goes on . So what is his great strategy well it is called show me the money not only the money but more profit money . The ability to cozy up to the government by keeping them rich and powerful .
Taxing robots surely each man or woman is taxed for there labor but robots can do triple the work so they could technically be charged triple the tax bringing in huge revenue without being tied to medical venue . Straight out of the archives of Venturebeat I give you BILL GATES SUGGESTS TAXING ROBOTS . Also for your enjoyment see the next video as Bill Gates explains his plan .

Next in the big hitter league of marketing that I think we should take note of is CRISPR . If you had been reading my articles you may have noticed I had just wrote about CRISPR so straight out of the archives of Grep Haxs I give you BIO 3D ADVANCES TO SKIN GROWTH . This particular marketing dance has all to do with patents but in the same essence is pretty scary as it has to do with the manipulation of DNA and who has the right to . A very serious matter as you would have picked up if you reviewed the BIO 3D article above . Keep in mind that Bill Gates in his market strategy is probably raped up in patents as well when it comes to robotics or the preforming OS . Straight out of the archives of wired I give you LONG SHOT BID PUTS CRISPR IN THE HANDS OF THE PEOPLE . The mere title of this article makes it sound like a good idea but dealing with the specific nature one must question should this be secluded to only a few under a heavy watchful eye . Last but not least on the big hitters list of the strategical marketing Dance and one I had been waiting for is Samsung Galaxy seven yup that is right there making there marketing move even after the factory fire with a minor claim of testing done the Galaxy 7 puts up sail . Although Americans have nothing to fear as the Galaxy 7 shall not sail to the United States instead the sails are set for other far away countries like Vietnam and India . They have plenty of overstock as I had suggested in the article I had written earlier during the beginning of Samsung Galaxy 7 fires . Straight out of the archives of Grep Haxs I give you QUALITY CONTROL TESTING TO NO TESTING . Sure enough soon Vietnam and India will be able to pear up and see there new Galaxy number sevens straight out of the archives of endgadget I give you SAMSUNG WILL SELL REFURBISHED GALAXY 7s .

Sure enough it dose not take much to see the market strategy at work from all these big hitters the cozying up to the government or patent block for control and a possible Ginny pig move . I am not saying if these strategies are good or bad but they surely should be examined by all marketers as they have there most important place . Although there is a big issue with Bill Gates robotic tax suggestion the mere term robot just dose not stop at a machine that looks like and acts as a human but also encompasses all of IOT . And even if he specifies robot humanized only tax this is rely geared to take jobs and some will argue we do not have enough people to fill certain job positions . Here is the thing if we do not set safeguards for employment things may go terribly wrong for example a company has over a thousand workers they are let go because of humanized robots . This would devastate an area with jobless opportunity and homelessness but making big companies rich also there is a chance that the price of any given product will rise do to robot taxing . That is why I believe before Bill Gates Idea goes into play they should mandate a program that protects workers with opportunity rather than the ability to just show them the door . I think offering some type of educational advancement packaged may work protecting workers and the surrounding area they live in . CRISPR marketing move was brought about threw a patents move with the ability to secure funds and rights to a highly scientific procedure dealing with DNA . I will put this as plan as I can in the wrong hands and to which in some places has already happened we will have a knew form of human and at some point bring alien life from another planet . Not to forget to mention bringing back prior species like the dinosaur or other people like Hitler or Jesus . The reconstruction and manipulation of DNA is very serious and it needs to be kept a close eye on they have also discovered how to send DNA threw E-Mail and reconstruct all said properties . The Galaxy 7 marketing plan appears to be to develop a whole knew set of clientele most likely with less stringent rules . Some might even be thinking as I am knew Ginny pigs this may seem a little harsh but tell that to those whom lost limb or housing over the item as the American government was forced to beg from the knee to get them to recall there product . Have a nice day while riding the wave of STAGE FOR MARKETING IS SET PATENTS ABIDE I am out .

Marketing What Is It About

Hacks Of The Marketing Value

Smart Devices And What Is In Store