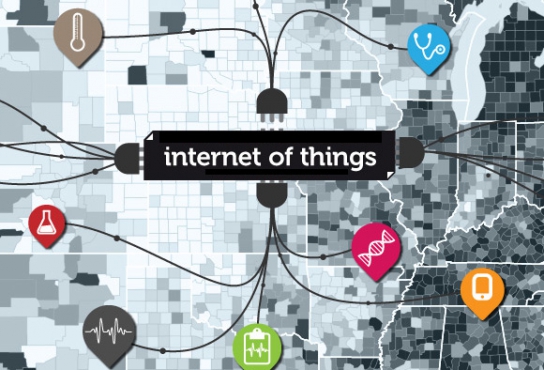 There are smart phones , cars and houses and soon like some futuristic science fiction the smart city .
Everything inter connected threw , you guised it ( IOT ) .
So just what is ( IOT ) ? It is the supposed Internet of things , every device interwoven into one system running basically on WI/FI .
The question is , is this a good thing or could things go terribly wrong for example with all the eggs in one basket a simple Hack or computer glitch could cripple a whole city .

This was most prominently seen recently wen a supposed router software glitch caused the shut down of wall street and some airports .
There are many other concerns as well from safety to the over burdening of pollution do to an increase of Technology products being disposed .
So if your new to the idea of ( IOT ) or want to brush I give you the history of IOT straight out of the archives of wikipedia . DBS was a tough one to research Although I could have just referenced link you two the telecommunications section reviewing all the information as I do my extreme intellectual side found all the information to be enlightening and prevalent in some manner although not pacifically connecting the dots to ( IOT ) specifically .
So put that geek hat on and strap in and without further delay straight out of the archives of wikipedia I give you DBS .
The First search term was for DBS file Extensions but it appears these extensions carry a top secret realm but for good reason do the search you will figure it out .
But in order to bring a slightly clearer picture on DBS file extensions straight out of the archives of file.org I give you DBS FILE EXTENSIONS .
Getting things to be smart seems to be a tough job .

All this smart y pants talk was brought to my attention while I was on linkedin .
Bob Odonnel whom has apparently written many articles on the subject noting that this has Ben in a theoretical stage for quit some time but having his ear two the ground noticed some potential movement to make this become a reality .
Without further delay straight out of the archives of linkedin I give you the SMART INTERNET OF THINGS .

Who knows what making everything smart will do , to be totally honest those file extensions are used to secure all kinds of our infrastructure including but not limited to the banking industry .
And with a little more honesty , whom has there hands on the push for all this ? Well it appears every industry that puts out a smart device to the major advertisers ready to accumulate that BIG DATA .
So will all the eggs in one basket be a good thing ? Who knows but farmers say no with the old theory that make sense ( putting all eggs in one basket gets them all broke ) .
Peace have a nice day riding the wave of the SMART INTERNET OF THINGS I am out .

God Mode For Devices and Internet

Internet Waters Safe or Not