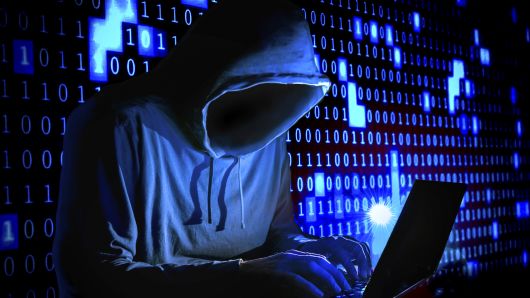 Security risks back-doors or holes how ever you wish to label them are not fun no matter what year it is and there is always so many to talk about as the list just seems to grow .
Talking about security and operating systems most think of a computer or device of a similar nature either a lap top or phone .
Many do not seem to realize how far operating systems have embedded within our society as a whole most likely if you have heard of a product it is connected to an OS our soon will be .

As we move closer and closer to everything being connected to an IOT base system these security concerns not only reach our most basic devices but reach into almost every aspect of our lives .
These security risk factors will accumulate within cloud infrastructures all the way to self derivable cars and AI supported aircraft .
These security risk factors did not just happen yesterday they have been looming for quit sometime in like a type of growing vortex that appears to just be getting larger . The biggest security risk factor so far has been Minix not just the Minix OS but the way it was implemented and the purpose of its implementation .
The Minix operating system has been around for quit some time and had impressed many on lookers whom made use of the OS for one reason or the other .
So what is the Minix operating system and where did it come from ? The operating system was first developed for educational purposes .
As you will see by clicking this link straight out of the archives of wikipidia I give you What Is The Minix Operating System .
So what makes the Minix operating system such a security risk factor well it appears as tho Intel and others have chosen to use the minix operating system as a hidden OS .
Running at a very low state controlling and having access to every peace of hardware , software encryption or passwords as well as firmware on any given system or device .
This security risk factor is so high as the reach of it would touch upon millions of end users including but not limited to the military .
Some argue there is totally nothing to be concerned about because although the OS is present it may or may not have been activated and at this point and time saying there are ways to disable the OS .
But the mere fact of the OS being hidden and present makes it an overwhelming high priority risk factor .
To learn more about this and the functions of the hidden Operating system please see the following link straight out of the archives of Z D Net I give you Intel’s Hidden In Chip Operating System .
For further information please see the following link straight out of the archives of Toms Hardware Google Removing Minix Management Engine Intel .

Security Risk Factor For Other Industries Minix as a hidden OS or any other hidden function like this will well reach into other industries .

There are so many other industries that could and may be effected by this at some point like electrical facilities nuclear power plants just to name a few .
Let us take a look at some of the industries that effect our common day or night travel , recently you may have heard about the Boeing aircraft crash .
I am not saying that this security risk factor had anything to with it but it could have as according to most reports a firmware update was in order to fix the said problem .
This points out an important fact that aircraft use similar to the same chips as do normal computer systems .
To prove this point please see the following link Which Cpus And Programming Languages Are Used In Airline Flight Control Systems .
Next consider self driving cars as chip makers scramble to make there bids to have there chips placed in the cars please see the following link Want To Invest In Self Driving Cars Check Out The Chips .
Please see the following video for a further look at the possible risks and industries that may be effected in the future .

I am not saying the Minix OS is bad or the use of it unless of course it used in the wrong fashion Minix was developed for educational purposes and to enhance performance of a system .
Although Intel or any other group using a hidden OS factor with these types of root privileges under minds its end users .
Sure enough a lot of this may be old news and some might say so 2017 but did they create a firmware update that solves the issue and if so how many have updated or shut down the hidden OS .
One thing is for sure the military took action by asking Intel to not sell computers with this hidden OS but things go much deeper as they reach into our state and local governments and schools .
Thanks for riding the wave of RISK OF SECURITY VULNERABILITIES have a nice day I am out