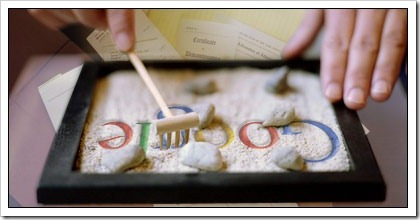 In the Google sandbox of Corporate Change

That is right for those that do not know Google has a sandbox not just any sandbox this box brings fourth birth of some of the most beautiful things .
In this sandbox the birth of Google and of course Google plus .
The ( + ) the added advent of learning .

For months or even a better part of a year I had read comments and articles of the concern Google + was on its death bed .
I found myself being slightly agitated and unsettled thinking this can not be true I new deep inside something better would be coming out of the sandbox .
In my prior article I had written called GOOGLE + AND THERE FOOTPRINT I noted that youtube and Google were divorcing apparently these accusations were false .

Out of the Google Sandbox

Out of the Google sandbox gave birth to so many parts of Google whether it was by acquisition or a plain straight idea such as but not limited to .
Google + , X – lab and Google Drive as well as the acquired youtube .
And now out of the Google sandbox comes the corporate name change and some might just say they went way old school and in the sandbox thought about the ABC’s .

Sandbox birth of the new Name

That is right the new name of Google is Alphabet and all companies of Google will be Alphabetically categorized with the most pertinent ( G ) is for Google .
The whole breakdown has yet to cross my view but I am sure that is in the works of a sandbox somewhere .
I am not the only one writing about this name change because many people keep there ear to the ground listening and any movement of Google the now Alphabet makes tremendous ripples on the net .
But wen I can I like to bring links straight from the horses mouth or in this case straight out of the sandbox .
Some articles like to jump right into the negativity of any change I am choosing to give it a chance and look towards the positive end result .
Negativity if any has its place later if things go wrong but keep in mind this change like all things is a new idea awaiting to be utilized and fine tuned .
This new birth of Alphabet should bring but limited to .
1 ) Organizational structure
2 ) Organized focus
Without further delay straight out of the archives of abc and the horses mouth I give you the new Google the Alphabet .
This article covers a lot of ground starting with the common persons information to stock holders and the effects it will have on wall-street and there readings .

What Google has done within there sandbox and the birth of there new name is not something to take laying down .
This should motivate and innovate and give encouragement to do the same not necessarily making a name change but whether you have just birthed your dream baby or you own a multi billion dollar company always look for ways to improve .
If you try something and it dose not work hold your jaw a different way and fine tune and adjust .
As we have loved Google I hope the endeavorers will be the same as we ride the wave of the ALPHABET I am out .

Google + And There Footprint

Google’s Webbing it up