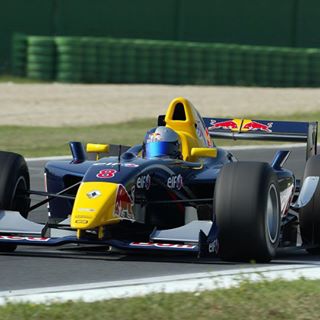 Racing the dreams of speed and Power

Racing the dreams of Speed Power and Performance the sound of the engines revving and the wheels squealing and the speedometer reaching there peering bending points . Sure enough these things alone will get a mans and some womans blood flowing and the heart pumping . No matter if it is on a track the goes in a formidable circle or a quarter of a mile or for that mater threw the hillside of a country . But what has this meant for our society as a whole not just here in America but across the globe . First off some of the basic elements , Racing brought fourth many things like new jobs as well as a way to push forward the car industry . In the composite of these new job developments this also supported many other parts of our industries such as but limited to oil gas and petroleum you know all the fossil fuel industries . This was a great feat in it self brining a whole world global infrastructure at the time well needed . So it is well deserved to take a look back in history and see where racing started and where it has brought us . For this please see the following straight out of the archives of amhistory I give you the AMERICAN RACING AND THE DIVERSITY OF INNOVATION .

Let us take a look at some Racing

This first racing video is pretty cool it is done on a lengthy track and engages hill climbing enjoy .

And then there is the Indianapolis races man you just cant beet this high performance and speed and the rumble of the engines .

Then of course there is the motoGP verses a Indy car enjoy .

There is now a new kid on the block of Racing This new racing technology has been around for a while and is just starting to make the break through into our everyday driving cars . This technology is none other than Electric cars and these concepts have been fought over for years and frowned upon as well as lied about but I will get to that later .
I would like to point out before I go further that a lot of these changes were not implemented until Tesla came along pushing the electric car concept . The other factor that catapulted these changes were Emission controls due to pollutants in the air and the worlds dyer need to get them under control .
Looking of course pungently at China and there smog factor and India’s melting roads to name a few of the issues so being this said keep in mind all other manufacturers were forced into making the change .
Tesla is the only Industry and most likely Google who were doing us any favors so if you go to buy a vehicle this should be a factor . Let us start out with the first electric car for the masses according to wired . Without further delay straight out of the archives of wired I give you the first ELECTRIC CAR FOR THE MASSES . Then there is also the Volkswagen with there new high tech make over straight out of the archives of gizmag I give you the MICROBUS HIGH TECH MAKEOVER BY VOLKSWAGEN . The question is can an Electric car out perform a fossil fuel car could it be possible even to keep up ?
Even though the formidable equation was there and stated yes even our most prominent scientist shook there heads no ( what a lie ) but one that can be told no more . We begin with where the races go down in all the sense of the electrical vehicles none other than the Formula E . Let us first start with the history of the formula E racing and for this straight out of the archives of wikipedea I give you the HISTORY OF FORMULA E . From there we can move onto the Formula E website where you can view some nice racing videos of electric cars although the runtime on these cars are short during the race they have to change cars . Without further delay straight out of the archives of fiaformulae I give you RACING THE ELECTRIC CARS . So lets take a look at the top budget electric cars for 2015 to 2016 enjoy .

Now let us look at the top 12 Electric cars of the world enjoy .

Now we move on to the question can the electric cars keep up with a fossil fuel cars so lets take a look shall we ? Mercedes Versus SLS AMG Battle enjoy .

The last video I would like to share with you is about solar air flight this will help to show my point in my conclusion . So sit back and enjoy this video of the first solar plane flying around the world .

Through out the years as solar and wind none fossil fuels were in there development stages they have been hampered wen comes to the application to are most common vehicles . The first industrial lie was the a Electrical car could not be made that would be able to sufficiently keep up with a fossil fuel car well Google and Tesla berried that lie . There are still some really big lies being told threw this industry and here is my take on it . The smoke screen this is a important factor most lies have one and there using one everyone wants . But why would they want to implement such lies ?
It boils down to a few factors but are not limited to .
1 ) Shaking hands with fossil fuel companies ( By grouping the auto industry with the fossil fuel industry this means an overwhelming lobbyist power in any country )
2 ) With these to groups working together and holding back new technology for vehicles in racing and our everyday cars ( This means more money for both industries )
So as you can see why they have lied in the past but what is the smoke screen and the lies they are telling now ( the equation is the same ) . The smoke screen is none other than the power factor ( How do they limit power to make things not feasible or hamper travel ) . Well that is quit simple they add as much new Technology as possible ( Playing the futuristic Card ) . All of these futurist Technologies need one thing and that is power making it very hard for electric cars to keep there power to drive down the road but wait there were some things taken away that were in older cars .
1 ) Alternators ( The Alternators purpose was to alternate electricity and recharge the battery )
2 ) Voltage regulator ( In older cars not removed but merged into the Alternator )
So now are you seeing it yet ? Boost the power usage take away the only rechargeable power element forcing everyone to plug in to a grid . Keeping the handshake and the need of dependency with the fossil fuel industry and pushing aside all other new technology that could be added for example but not limited to .
1 ) wind ( wen traveling down the road at any speed it is present )
2 ) Solar ( Even from the moonlight these products can be gathered )
3 ) Vibration ( The excitement of molecules )
4 ) Rotation ( Circular motion Gained from any part to generator functionality )
5 ) Radio Waves ( Newest findings any wi/fi transmission can create power without interfering or degrading the signal )
The bottom line although the Plug-in should be an option it should not be a forcible one and we need a optional power guideline to go by rather than having power absorbing technology shoved down our throat . The smoke screen if you have not figured it out is the new Technology of convenience placed in or vehicles that is high in power consumption .
Have a great day riding the wave of RACING WITH AN ELECTRIC VEHICLE I am out .