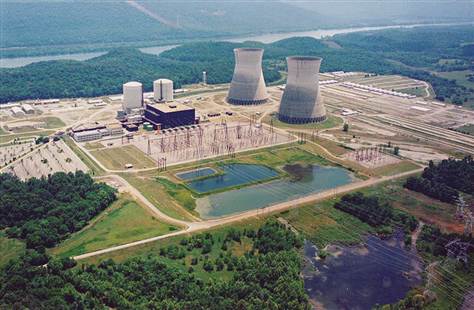 There have been a lot of good things that have come out of nuclear technology and the study thereof but wen it comes to nuclear energy and the plants that produce it . Well one must have to wonder why they would continue to put so many at risk ? Sure enough there has been some good things come out of nuclear studies and the production of Tritium like the Swiss watch .

There have been many whom protested and some quit vigorous and petitions signed but as it seemed to fall on all deaf ears . With the upswing of advancing new technologies in wind , solar and other renewable studies it had appeared a slowing had occurred in the development of nuclear plants . Tritium a hydrogen product that was rarely seen on earth until nuclear plants gave waste to it .

Fukushima was and still is a terrible disaster TEPCO whom is responsible for the plant has been making strides to cap and contain the nuclear waste emitting from the plant . It appears one of the major issues is storage . New waters enters the plant becomes contaminated then is captured barreled but then needs to be housed and from last view barrels were stacked everywhere . Unfortunately the amount of output renders appropriate housing nearly impossible . The plan of action put fourth by TEPCO a great wall of ice surrounding the plant straight down to the bedrock in order to slow output .
In South Carolina it has been stated that building of new advanced nuclear reactors had pretty much come to a halt do to the lack of interest in nuclear energy but how long will it last ?
Please enjoy this next video that pulls it all into perspective .

This next video shows some of the progress achieved ten years later .

In the first video encase you did not pick up on it a chemical was mentioned . This chemical is called Tritium and I found it very important to bring it up being for the fact it is a by product produced by Nuclear plants and used in Nuclear weapons as an enhancer . Although tritium is considered to be a hydrogen product it is very rarely found on earth formed from a natural state as other hydrogen products I have written about in the past . Such as HYDROGEN MOST ABUNDANT CHEMICAL IN THE UNIVERSE . Although Tritium can now be found in many parts of the world do to Nuclear testing and Nuclear mishaps such as Fukushima . So in order to see these facts that are very important please see the following link straight out of the archives of wikipedia I give you TRITIUM . This wikipedia link has a lot of information to digest and should be gone through thoroughly . This purely gives the essence of the marketing value for tritium to which last I heard stood at three thousand dollars a gram . We must also take into account for the collapse of the nuclear tunnel which facilitated this type of manufacturing and the fact of Trumps decision to put back nuclear products in lower armaments . Are we ramping up nuclear tritium and trying to shut down a market ?
the move could almost be seen as a market take over .

Could this even be possible are people so greedy and unstable they would call for the end game ?
Well to some the answer to this question is yes . Although ramping up the nuclear fusion for the production of Tritium is great in its self some point to a bigger market . Crashing a bigger market or keeping the development at bay although in doing so might just create a larger problem stepping on many toes .
Here is a list of toes that might get stepped on but should not be limited to .
1 ) Russia
2 ) Afghanistan
3 ) China
4 ) South Korea
5 ) North Korea
6 ) Canada
7 ) Mexico

So you thought the silk road was dead well think again the UN created a new one a commodities silk rail road and maritime trade infrastructure to help enhance the for mention countries . According to this next video from Lionel Media one of those products being coal please enjoy .

Sure enough history has shown we have time and time again went to war over the fuel dollar and there is no doubt in anyones mind that our importing and exporting is way out of hand . As Trump has scrambled to move business infrastructure back into the United States the marketing value for Tritium and the threat of the new silk road could bleed into a greed factor . Sure enough China and other countries can build things cheaper with the enhancement of child labor and or improper work environments . Americans build it right high durability with compassion and strength meant to last with fortitude and integrity . This is part of the American dream to build products and commodities that other countries will beg to have because they are good and maid by just hands . Not by causing disruption in order to close a new trade deal that would possibly enhances other countries out of poverty . Not for purposes of greed no matter how enticing the market looks even though you way out the fact the foot is deep in the water of nuclear waste do to crumbling facilities . Even though some will think what an ingenious market take over it is “ wrong wrong WRONG “ .
Have a nice day while riding the wave of NUCLEAR POWER PLANTS THE CONNECTION I am out .