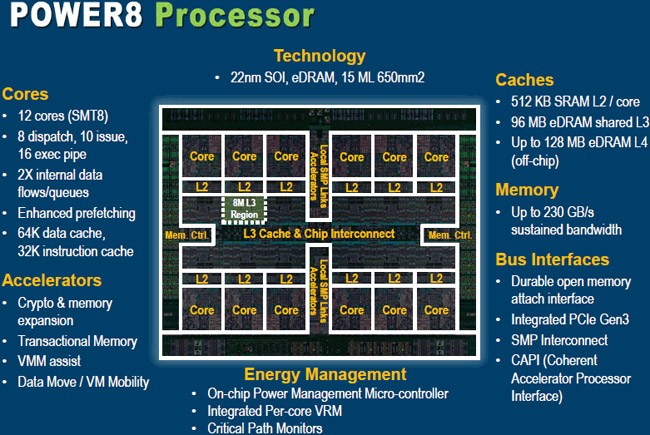 IBM the never ending company the one defiantly worth looking at .
They are responsible for many beginning parts of our now known Technology .
Even today they are revamping , reconstructing and rethinking .

Threw the years I have watched IBM even in pondering sometimes what they must be thinking .
But the sleeping giant has awoke and with has pronounced to bring its dreams to life .

Within the sleeping Giant were dreams these dreams were associated with higher architecture but with less power needs .
Making Big DATA users fall to there knees and say yes .
So were did OpenPower come from ?
From none other than IBM the Giant of the past and the Giant of the future .
Straight out of the archives of wikipedia I give you the initiators of OpenPower IBM .

Power8 is IBM’s highest end processors .
Power8 is design to be a huge multi thread chip .
The architecture an amounts handled are massive they are designed to be future proof .
Using a generic type of memory .
I could ramble on about power8 and what IBM has brought fourth but it is best you read for yourself and bask in the greatness of the Giant .
Straight out of the archives of wikipedia I give you the POWER8 .

To bring it all Together

To bring this all together once you have consumed all of that granulated knowledge .
The OpenPower foundation has decided to show off there Big Data center and architecture written by Thor Olavsrud .
In this article he shows how the sleeping Giant IBM has sprang into action in this truly amazing technology .
Raping there minds and architecture around OpenPower , Open compute and Open Stack .
And of course let us not forget about Google there hand is in the mix as well .
So without further delay straight out of the archives of cio I give you IBM’s Dream from the awakened Giant .

Sure enough there are other companies in the mix with these new developments which either walk hand in hand with IBM or follow in there footsteps .
The question is what will IBM bring us next ?
It is for sure IBM is up to other things but this particular endeavor stands out amongst them all .
Peace have a great day surfing the IBM OPENPOWER wave I am out .