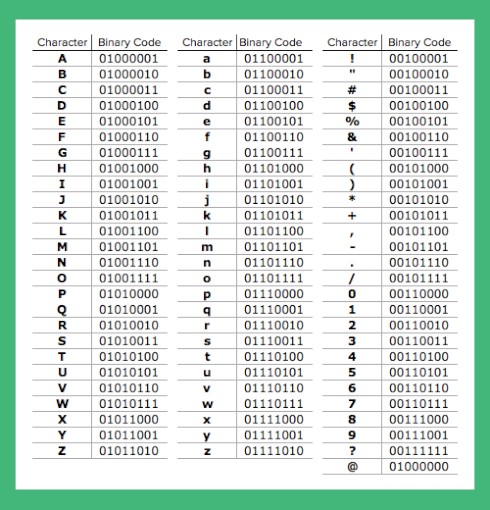 Babel and coding seem like an odd mix for those whom know the term Babel and for those whom may not have caught on yet I am referring to ( The Tower of Babel ) straight out of the Bible . Before you think here we go another faith based conversion article I would like to say stop right there . In this article I will not mention my beliefs but try to represent a few facts we can all agree upon . Those whom wished to be equal or greater than God built the first tower .
Are we building the second by coding in DNA ?

1 ) There are a lot of people whom believe ( In The Holy Bible and what is written as Truth and not myth ) ( They fight against the darkness the evil the war of principalities and powers ) .
2 ) But then there are those whom believe ( In The Holy Bible and what is written as truth but they chose to support darkness trying to be the principalities and powers ) .
3 ) And there are those to claim they believe ( Nothing )
Even the 3rd example would agree the first two exist and for that matter everyone should read this article and for you and yes I said ( YOU ) decide if history of a Biblical nature is about to take effect .
If you have never heard of the tower of Babel this can be found in ( The Holy Bible in Genesis 11 : 1-9 ) . There is no doubt for those whom have read the Bible that through out the writings there had been plenty of times where people have tried to become equal to or above God himself . As well through the readings you can clearly see this had devastating consequences . Apple is not the garden of Eden and the cloud is not heaven .
Are there some trying to play God threw DNA coding ?

Threw out the Bible and the writings there in you can also see or have read God is an all seeing God knowing and seeing everything . Thus and excuse the pun ( Apple is not the garden of Eden and the cloud is not Heaven ) . As well there is no doubt that through out the Bible many troubling times could or will be afloat with rumors of wars . The beginning building blocks to the new Tower of Babel could possibly be seen with our own society to know all but what is also unsettling is the unrest of the world and rumors of war . The next video is not the only information about rumors of war but I have chosen this one to show how close we are to war please enjoy .

That is right we should check all settings on all devices and not let convenience control us and we should go much further . The reason I say this is if war dose break out or a catastrophic event happens the places such as the cloud we back up too will be compromised one way or the other . The other thing to consider if you run a server and that server dose not reside in your physical possession the server and all of the backups could reside in a whole other country . This other country could be in the midst of turmoil and the exact building holding the ( I.E backup tape drive ) could be destroyed . As it has been stated by others that if your running a website mirroring should be done in our trying times censorship can occur whether do to hackery or espionage . These types of strategies will come in very handy if turmoil breaks out wen things start too come back up and if your prepared there will be a trove of people looking for info . Wen you back up to the cloud and or your server backs up your info for you what ever the info is ( pictures personal data web site data ) it is saved in triplicate and then transferred to a tape drive . Tape I say ? Yes and the reason for this is Tape Drives are stilled considered to be far superior than the now traditional drives for archiving purposes as to one of the points they require no electrical charge .

Top blocks to coding to Babel

Coding in a DNA structure could cause havoc in more ways than one .
Although could advance medical technology but the rout of saving all DATA and memories of a personal nature could be more harmful .

This next video is a bit lengthy but enjoy DNA hard drives .

I kind of dispute the last video as it is well known that quantum computers have pulled bio computing into there programming atmosphere .  So just how far have we advanced within the biological quantum leap ? Here are the newest developments in this next video please enjoy .

Like I said at the beginning of this article no matter what I believe or you we can agree on one thing there are people on both sides of the spectrum good and evil that believe Gods written word is truth .
And in understanding of this it is up to you and yes I said ( YOU ) the reader to decide is evil history repeating itself and are they still trying to build that tower of Babel to be equal or greater than GOD ?
The one thing that is totally for sure is they are taking every peace of DATA we send to the cloud or the web and transforming it into a DNA format . Are they doing this in a mad scientist type of way one could only ponder but ask at the same time will your photos and all your other DATA be transferred into the ends of AI artificial intelligences brain work ? Will you have all your DATA backed up yourself and be prepared for the unrest in the world whether it is from a natural disaster or a right out war ? In the midst of convenience that controls the majority of society will you be willing to give up your top secrete information even before development or lose the high profile lawyer case . Now is the time to review device settings and use lens caps or set phones aside while dealing with highly sensitive Data due to eavesdropping ? Have a nice day while riding the wave of CODING BINARY TO BABEL I am out .